Finally, Apple II and IIgs Warez On Your iPad 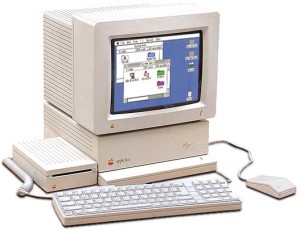 Ohh  man, I do realize how FEW of you are going to share my sentiments and joy.  But whatever…  this is golden stuff me.  Some of my friends might not realize I was, and still am a pretty big nerd.  Well let me tell you a little bit more about the Apple IIgs and myself.  My dad took my brother and I to Computerland in Oakland and we ended up choosing the  Apple IIgs.  The Macintosh was still very new then, was very expensive and had relatively few software titles.  I think our Apple IIgs, Apple IIgs RGB Monitor, with Apple ImageWriter II printer costed $2500 (or maybe more) then.  Apple IIgs was fairly new on the market and it was the latest and the greatest Apple II series EVER!  In 1988 the support for the Apple II’s was still very strong!  I was still in high school so naturally the Apple IIgs was the logical choice because it was fully backwards compatible with all the previous Apple II software.  Apple totally dominated the K-12 education scene in the 1980’s and was still the education software leader in the early 1990’s.  Apple really screwed up their dominance in the education market when they decided to abandon the Apple II development in the 1990’s. 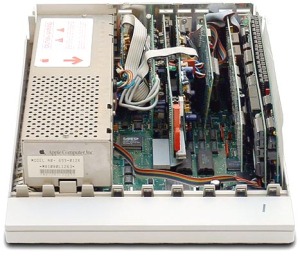 Before the hard drive got popular there was a pretty nifty floppy accelerator controller call the OhioKasheSystems.  it would pre read the 720 KBytes image into the memory and that would greatly speed up disk access and reading and writing.  this was the precursor to the RamFAST SCSI controller which was the fastest hard drive controller for the Apple IIgs.  Eventually i had a pretty damn decked out Apple IIgs, with one of the fastest accelerated TransWarp GS card running at 15 MHz.  it had the max 4 MBytes of RAM, PC Transportor (a XT/AT emulation card that worked pretty damn well in fact it was faster than a real XT/AT haha), a bunch of peripheral cards of Applied Engineering…  when the 20 MByte floptical first cam out i got one…  my first modem was 2400 bps.  At one point I owned what every BBS nerd kids’ dream model – US Robotics HST!!  I lived the UUCP days and when the Internet was still at the infancy as the DARPA project and only major school and government was on grid then…  this was when Netcom only had 1 machine and one POP.  Damn i’m pretty old school ehh?  Haha…

I was a regular participant on comp.sys.apple2 and contributed often.  I also wrote the Floptical FAQ.  My Apple IIgs served me extremely well over the years.  It did everything I needed it to do.  I still used mine daily until around 1998.  It lasted me 10 years!

If you were once an Apple IIgs user, you’ve got to know FTA Free Tools Association and all their awesome assembly language written and toolbox free demos!!  they are alive and well.  Check out FTA’s latest and current effort – Active GS the Apple IIgs emulator!!

So I was feeling nostalgic and goggled for some Apple IIgs stuff and stumbled upon this creation – the Apple IIgs laptop, built using the original iigs motherboard!  wow!