In the last couple of weeks we began work on restoring the GD3 Honda Fit aka Time Machine.  Our original intent was to bring it out to the GTA Buttonwillow event however there were too many little things that needed to be done to it and we didn’t want to come out until we shake it down and sort it out.  I believe Time Machine was the car Brian at Hasport used to prototype their K series mount kit for the Fit chassis.  So its drive train location is slightly different than the yellow RHD K20A Fit we did in house at N1 in 2005.  The clearance space available for header is very limited and luckily our old prototype header from the yellow Fit clears everything (just barely).  A simple 3″ muffler with turn down will be fabricated.  For the shake down we are just going to run a stock K20Z to test out the LHD chassis and see how well the custom motorcycle shock setup in the rear suspension works in TM. 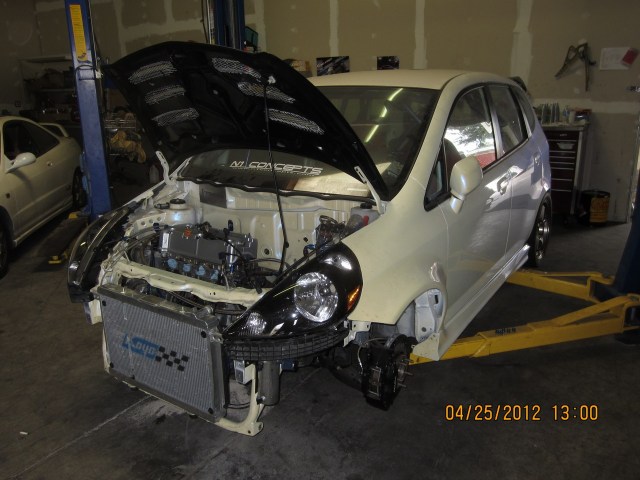 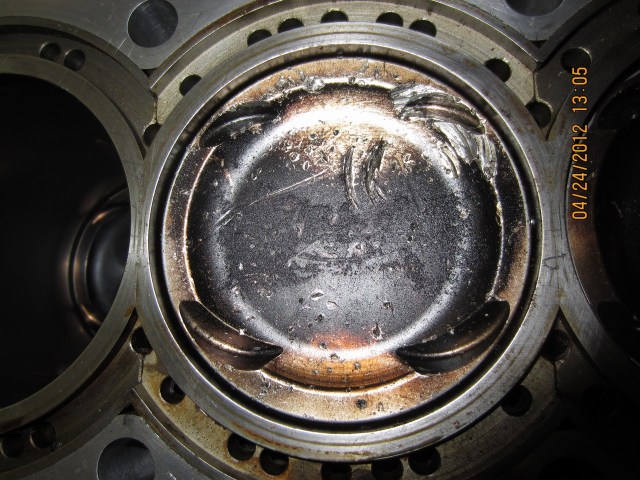 Not sure what happened originally but the valves and the pistons kissed…  which was probably why this car sat for few years after SEMA 2007 until N1 acquired it in 2010. 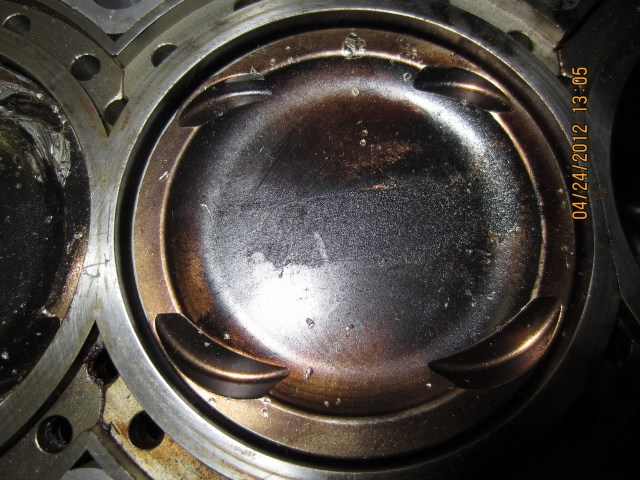 Not as bad in this cylinder.  Cylinder 1 and 4 are okay. 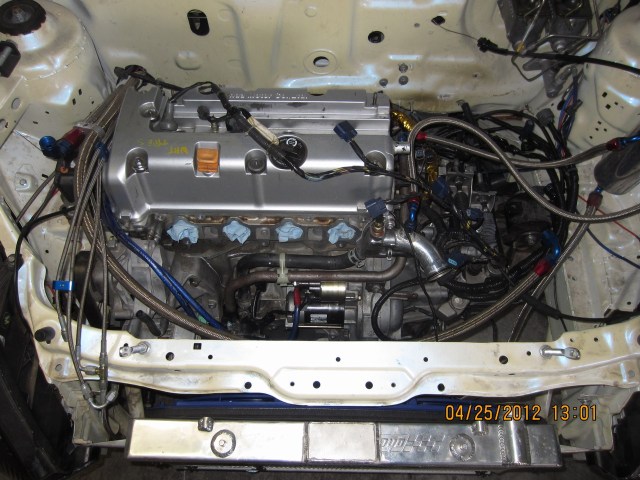 For now we’ll be using a stock K20Z for the road racing shake down.  Almost ready to go.

Acura TL Type-S Brembo brakes up front.  Requires large 17″ diameter wheels and large spacers just to clear the caliper.  Should be plenty of brakes for this Fit.  Kind of sucks we have to run 17″ wheels and tires though, which are always heavy compare to 15″ but then 15″ tires have limited availability in width. 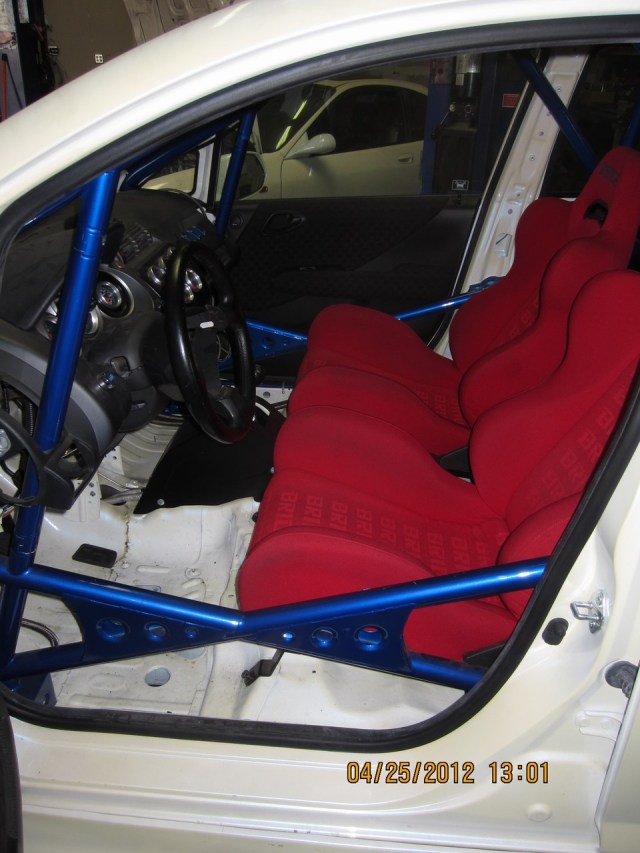 Bride seats are in.  Due to the raised floor plan of Fit however, seating position is not all that low… 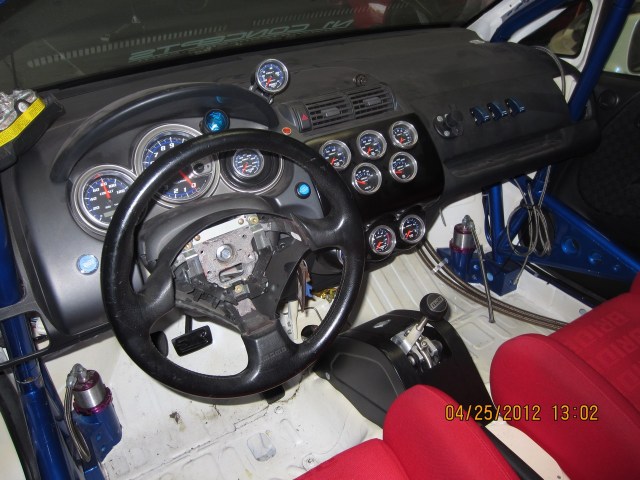 Meters galore.  Down the road we’ll remove all this craziness and consolidate everything into a simple dash display.

The car should be up and running next week.  Originally the car already had a Hondata K Pro ECU but it didn’t come with the car when TM arrived.  I’ve known Doug at Hondata since he was still back in New Zealand back in the mid 1990’s and I was among one of the first group of Hondata customer for the OBD-1 and it was very basic back then needing to buy an EPROM emulator and stuff.  🙂  Fun times.  It is so much easier now days just plug in via. USB and do real time programming on S300.  After a few quick emails and an informal proposal later, Time Machine gets a new brain!!

Special thanks to Doug at Hondata for coming on board so we can get it running as soon as possible.